My no fear year

That's when the penny dropped for me. If fear was my biggest enemy to delivering on my inherent promise as a human being, I had to tackle that enemy head-on.

In late 2013 I stumbled across an old journal of mine, where I had jotted down a list of life goals and ambitions a number of years previously. I read back through the list with interest and a growing sense of shame, realising how few I had actually accomplished. Rather than closing the journal and tucking it back into the dusty cupboard where I found it, I stopped to question why I hadn't been able to tick more goals off my list.

My instinctive reaction was to come up with a series of excuses, to explain why I had failed to accomplish many of these tasks. Our minds are extremely smart in that way. Rather than blame myself directly for my failings, my subconscious mind flipped to self-preservation mode and began to throw up convincing arguments as to why I hadn’t achieved more.

Whatever the task, my mind could present a pretty compelling set of reasons why something didn't get done and why it wasn't really my fault or responsibility. Words like laziness, self-doubt, apathy or plain old fear rarely spring to mind in the moments prior to quitting something or not starting it in the first place. But if I’m really honest with myself, more often than not some combination of that potent cocktail of fear and self-doubt was to blame for many of those goals staying unrealised for so long.

For as long as I can remember, fear has held me back. Fear of failure, fear of the unknown, fear of embarrassment, of hurting someone's feelings, of putting myself out there and being rejected. It didn’t stop me from living a full life, from marrying, starting a business, travelling widely, so to the outside world I'm sure I appeared confident and composed, but often that wasn’t the case.

A lot of people live in fear because they haven't figured out how they're going to react when faced with a certain set of circumstances. I've come to terms with this by looking deeply into whatever makes me fearful - what are the key elements that get the hairs up on the back of my neck - and then figuring out what I can do about it.

Fear can be a strange and insidious bedfellow. For starters it's based inside your head, which makes it incredibly difficult to locate and even harder to root out. It also speaks to you in your own voice, that relentless internal monologue, second guessing you, doubting your decisions, telling you that you’ll never succeed, so it’s better to quit now and avoid the hassle.

After a lot of soul searching I was gradually able to see past all of these excuses and get to the real crux of the issue. I was scared. Scared to take the risk, expose myself to something new, step out of my comfort zone and risk failure or embarrassment.

Everything you want is on the other side of fear.

Once I realised it was fear that had been holding me back all these years, I started to see and hear references to this phenomenon everywhere. On TV a successful sportsperson talking about how she had overcome her fear of failure and stepped up her performances. Motivational quotes in books and magazine referring to fear and how it could hold you back from achieving your potential. Little comments, eaves-dropped in the conversations of strangers, would remind me that fear wasn't just my personal burden, but part of the human condition.

That's when the penny dropped for me. If fear was my biggest enemy to achieving my potential and delivering on my inherent promise as a human being, then I had to tackle that enemy head-on. Just like a school-yard bully, fear has a funny way of losing its impact when you stare it down; when I finally bit the bullet and signed up for a skydive it was one of the best experiences of my life. I met and married the girl I plucked up the courage to speak to on Australia’s Fraser Island. My decision to quit the corporate world has allowed me to expand my horizons and build an interesting and rewarding business for myself. These were just a few encounters with fear during my life and each led to an incredibly rich and rewarding outcome and yet more often than not, fear would hold me back in some way.

So in late December of 2013 I made the decision that rather than write a long list of life goals and New Year’s resolutions for 2014, I would only make one resolution for that year. For 12 months I would not give way to my fears. I would face them head-on, challenge myself to overcome them and embrace the results, good, bad or indifferent. I would record each fear, how it made me feel and what I did to try and overcome it. In the event I failed to overcome a particular fear, I would still make notes regarding the experience.

When I embarked on my 'No Fear Year' it wasn't about skydiving or playing in traffic, taking crazy risks or endangering body parts. It was the more subtle and insidious kind of fears I planned to tackle.The type of fears that for so long had stopped me from getting up off the couch to write that book I had always talked about. Prevented me from walking over and introducing myself to someone at a business function, for fear of having to be the one to break the ice. The fear that very nearly stopped me from quitting my job in my early 30’s, to travel the world with my wife. The fear that makes me re-read this paragraph five times as my inner voice asks "who really cares what you think anyway Cian."

You may well ask why it's taken me 18 months to share this experience, since I first embarked on my No Fear Year in 2014? I've asked myself the same question. The best answer I can come up with is that originally I hadn't intended to share these experiences with anyone else. Writing down and overcoming each fear was intended as a form of personal catharsis, little mini victories I could enjoy on my own and use as fuel for personal growth. I'm not sure what's changed to be honest, but reading back over some of these experiences from 2014 has made me reflect on the positive impact they might have on someone else experiencing their own bout of fear or self-doubt.

Over the next couple of weeks, I’m planning to share just a couple of examples of the fears I grappled with during 2014 and how the experience of facing them head on made me feel? It's funny even now, as I'm about to push 'submit' on this post, a little nagging voice inside my head is telling me not to. Fear is a funny thing, I suspect it never goes away completely, but the more you face and embrace it, the less power it has over you and in a strange way, the more you can use it as a source of motivation.

If this article struck a chord and you'd like to hear more about my experiences during my 'No Fear Year', you can follow me on LinkedIn or sign-up to receive blog updates here. If the mood takes you, please feel free to share how you conquered your own fears in the comments section below.

Danger is real, fear is a choice.

- Will Smith's After Earth 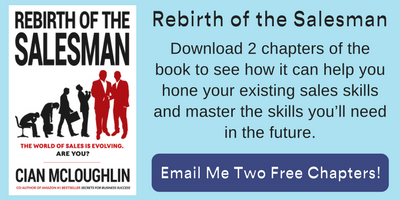